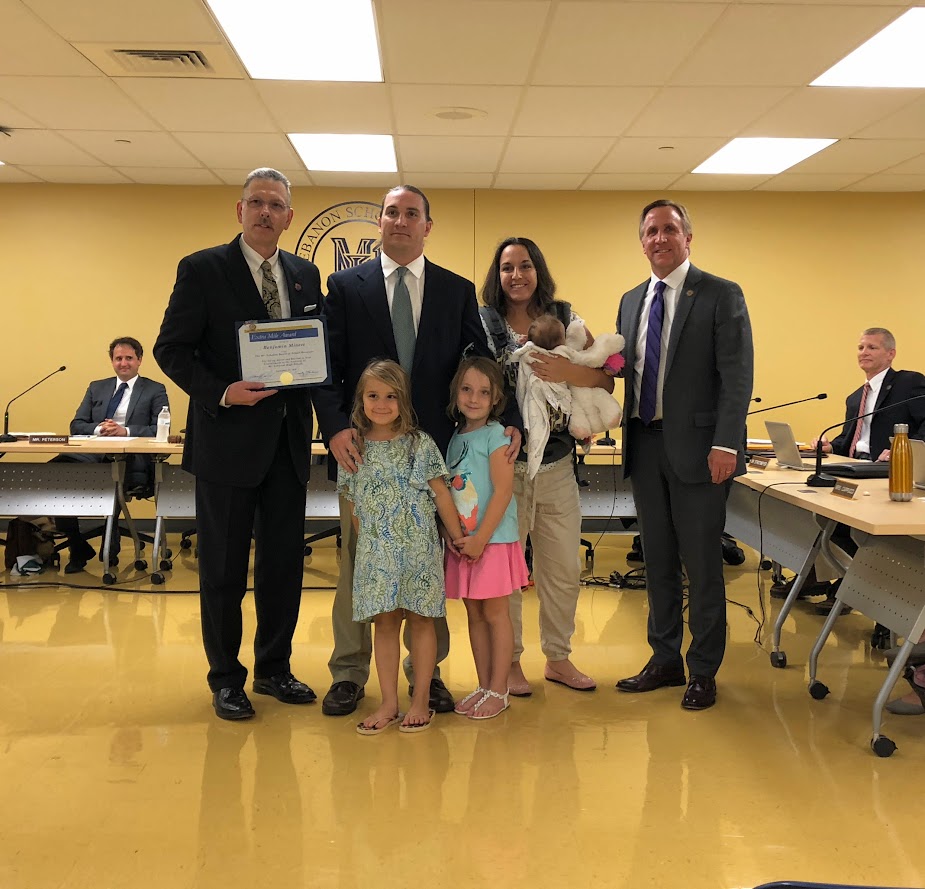 The School Board honored high school English teacher Benjamin Minett with the Extra Mile Award at the September meeting. Mr. Minett was nominated as a result of a letter written by Ms. Louanne Baily, the mother of one of his former students, and sent to the school board and high school principal Brian McFeeley. Though her son had graduated 2 years ago, he sought Mr. Minett's advice about school and his future. Ms. Baily wrote that Ben "played a pivotal, critical, and positive role" in the life of her son. Ms. Baily went on to say her son called Mr. Minett " because he knew from having you as a teacher that you were a man of depth and great conscience; that you have strong moral fiber and would talk truthfully." Her son told her "that you listened to him and his concerns." Ms. Bailey ended her letter with this wonderful expression of gratitude: "Thank you for your commitment to knowing your students, your passion as a teacher, and your belief in my son. I am so grateful."